The Comparison of Bluetooth and Wi-Fi for indoor positioning

What is Bluetooth technology?

Bluetooth is a short-distance, low-power wireless transmission technology. After installing an appropriate Bluetooth LAN access point indoors, configure the network to be a multi-user-based basic network connection mode, and ensure that the Bluetooth LAN access point is always the main device of the micro network. In this way, the user's location information can be obtained by detecting the signal strength. Bluetooth positioning is mainly used for positioning in small areas, such as single-story halls or warehouses. For a mobile terminal device with an integrated Bluetooth function, as long as the device's Bluetooth function is turned on, the Bluetooth indoor positioning system can judge its location. Among them, iBeacon is Apple's introduction of Bluetooth-based indoor positioning technology, through the combination of software and hardware to improve indoor navigation accuracy, from the original hundreds of meters, tens of meters, to improve the positioning accuracy within one meter. iBeacon is based on the latest Bluetooth low energy 4.0 technology. It can be used to build a signal base station. When the user enters the area with an iOS device, they will get the push information of the base station.

However, for the complex space environment, the stability of the Bluetooth positioning system is slightly worse, and it is greatly interfered by noise signals. 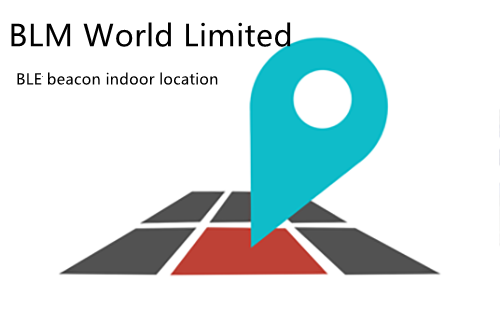 What is WI-FI technology?

WiFi is widely used in various large or small buildings such as homes, hotels, cafes, airports, shopping malls, etc. This makes WiFi one of the most eye-catching wireless technologies in the positioning field. Usually, a WiFi system consists of some fixed access points (APs), which are deployed in some convenient locations indoors, and the system or network administrator usually knows the locations of these APs. Mobile devices (such as laptops and mobile phones) that can connect to WiFi can communicate directly or indirectly (via AP) with each other, so you can consider implementing positioning functions in addition to the communication function. However, WiFi signals are not designed for positioning. They usually have a single antenna and small bandwidth. The complex signal propagation environment in the room makes it difficult to implement traditional distance measurement methods based on time of arrival/time difference of arrival (TOA/TDOA), based on the angle of arrival signal. The method is also difficult to implement, and additional costs are required if a directional antenna is installed in the WiFi network. Therefore, in recent years, everyone has studied in detail the location fingerprint method.

It uses the location information of network nodes (wireless access points) as the basis and premise, and uses a combination of empirical testing and signal propagation models to locate the connected mobile devices with the highest accuracy of about 1 meter to 20 Between meters. If the positioning calculation is only based on the currently connected Wi-Fi access point, instead of referring to the composite map of the surrounding Wi-Fi signal strength, then the Wi-Fi positioning is prone to errors (for example: positioning the wrong floor). In addition, Wi-Fi access points usually only cover an area with a radius of about 90 meters, and are easily interfered with by other signals, which affects their accuracy, and the energy consumption of the locator is also high.


Based on the above comparison, BLE indoor location is safer and stable, actually, the price is also more cost-effective.